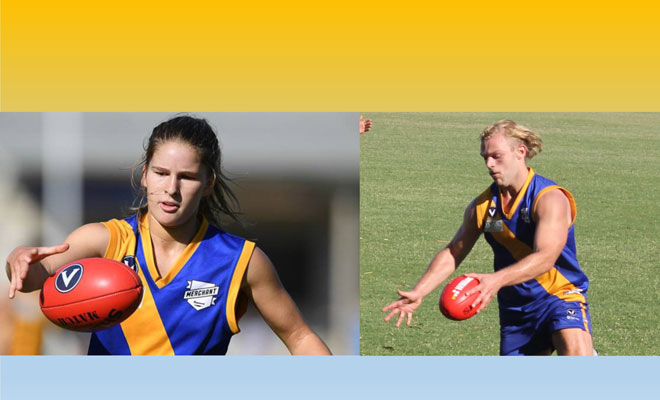 Sasha Long and Lewis Diggins shine in VAFA reps teams on the weekend.

The BFC was represented by two of its stars last Saturday playing for the VAFA Big V teams, Sasha Long in the VAFA Womens team and Lewis Diggins in the VAFA U19s team.

For Sasha this was the 3 year in row she's been selected to the VAFA rep side; only 2 other girls have achieved this honour. The VAFA team defeated AFL Goldfields in a one sided contest.

Congratulations Sasha and Lewis (circled in the teams pics)