U13 Great Whites Shaping Up for Finals 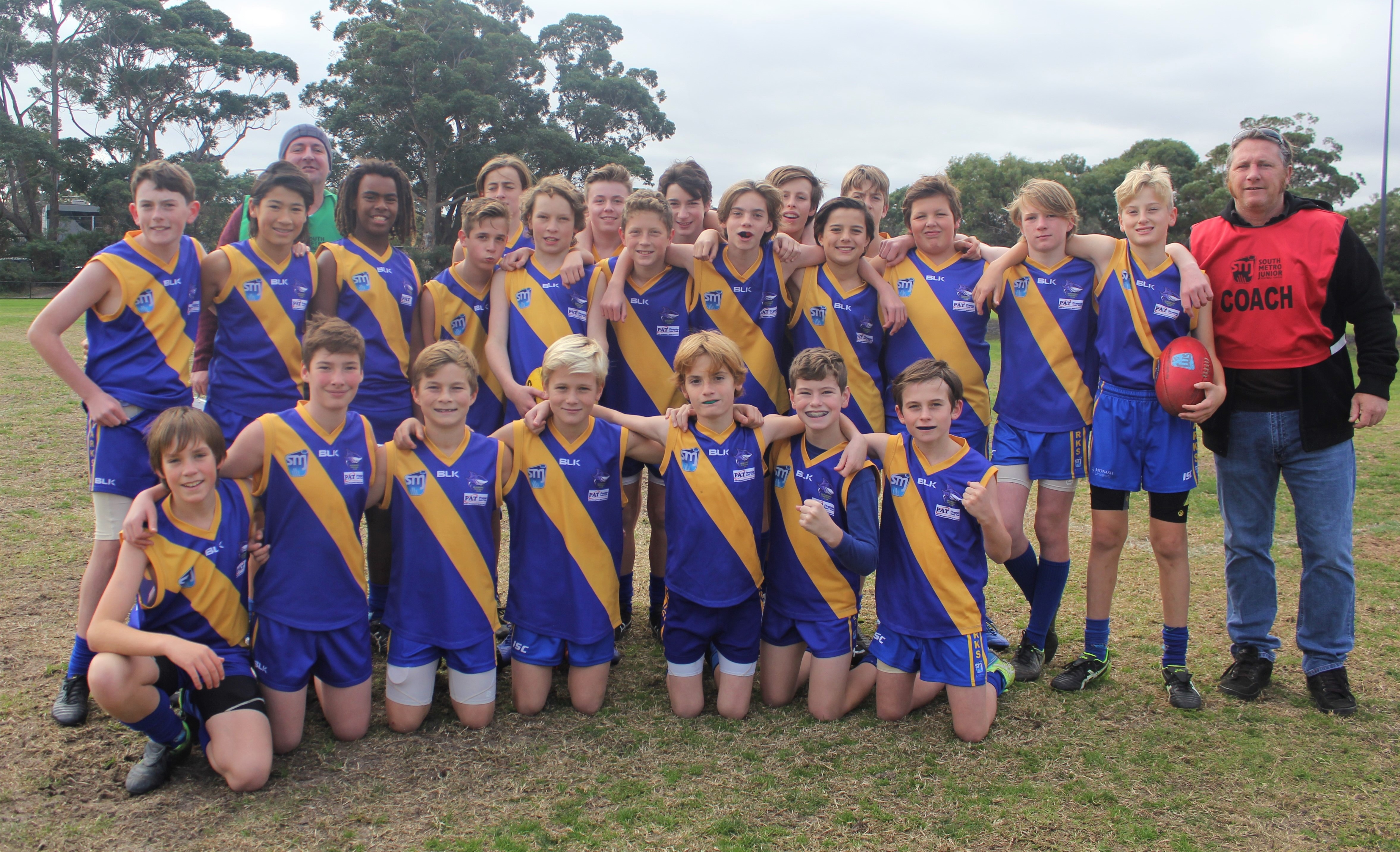 It's often said that a team is a refection of its coach and that could certainly apply to our U13 Great Whites, which is coached by Ben Stainsforth and our 'Junior Team of the Week'

People around the club know Ben as a bit of a character, a jovial, friendly and funny guy - but when it comes to footy, he's deadly serious. You'll always find him on Saturdays watching our Seniors play as a way of firing himself up for his own game on Sunday. On the weekend his boys produced a ripper defeating 2nd placed East Sandy away. It was a great win.

The Great Whites are our 2nd U13 Boys team and have put together a ladder topping season, although it's pretty tight at the top, any number of 6 of the 8 teams could take out the premiership.

No doubt Ben will have a strategy in place when the finals come around.

His team may have a knockabout feel about it, but like the coach, they take their footy real serious.

Good luck to Ben, Team Manager Jenny Cameron and U13 Great Whites for the upcoming finals.