U14s Boys Teams Come From Behind to Record Wins 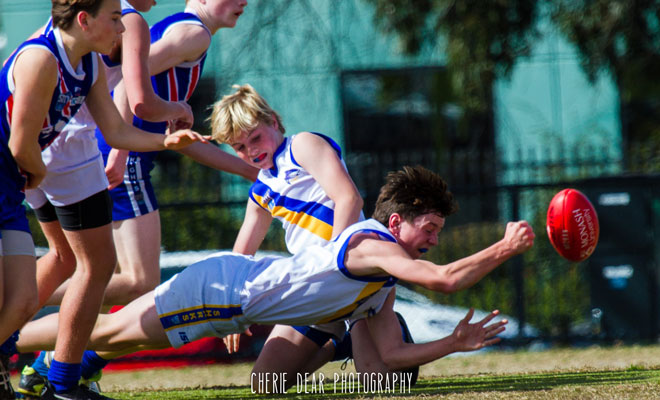 Both the Div 1 and Div 3 U14 Boys teams show tremendous character to come from behind to win their finals last Sunday.

At half time in the Div 1 game it looked all over with East Malvern ahead by 4 goals in a low scoring game, then in the 3rd Qtr Jett Butler was moved from defense into attack and the whole complexion of the game changed. Jett basically took control of the game kicking 5 goals. He was ably assisted by Charlie Harrop who kicked 2. In the end we went on to win the game by 1 point in a gripping and hard fought battle against a really dogged opponent. It was a brilliant team effort and the Grand Final now awaits on Sunday week.
Well done to coach Mark Butler.

In the Div 3 game our Great Whites were 3 points behind Murrumbeena at 3 Qtr time, but an inspired huddle talk by coach Stu Spencer spurred the boys to a 3 goals to zero final Qtr. The boys really lifted and put everything on the line in a do or you're out battle in that 4th Otr. Dylan Collins was outstanding kicking 4 goals. They now move to the Prelim Final against Prahran on Sunday.

Some photos of the Div 3 game have already been posted.CLICK HERE to view

CLICK HERE for a collection of great photos of the Div 1 game courtesy of Cherie Dear.