13 Life Members in One team 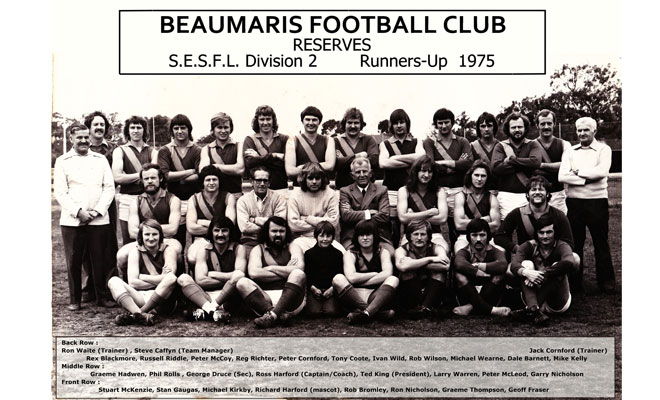 Here's one for some of our older supporters.

We recently came across this classic pic of our 1975 Reserves team (2nds), who were runners up in that year.

Now that stat may not be overly significant, but the fact that out of this team and its officials came no less than 13 Life Members and a number of Club Presidents, including someone who is still heavily involved with the club. (Ron Nicholson)

There's also the father of one of our most revered current players (Tony Coote), plus the premiership winning Dad who's son emulated the achievement in a senior team in 2016. (Reg Richter)

in addition, there's a father who's daughter will be in our Seniors Womens team this season. (Mick Wearne)

The Life Members are: