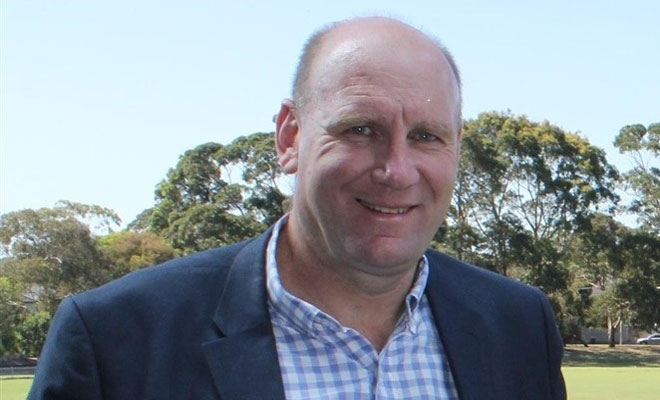 As they say, “what a weekend it was in football”. The Conor McKenna Covid 19 issue has certainly created another storm. As of today though only two Essendon players (one being Conor) have been quarantined and Conor has since had a negative Covid test result. What a pity that negative test didn’t come out earlier.

The Conor McKenna issue goes to show the importance of following the Return to Training protocols, which all the Beaumaris Sharks have been following diligently.  Our Shark kids were back at training last week with Covid officers on deck, our senior men and women have been training with great vibe and skill and our Under 19s and 17s continue to impress on the track. As Coach “Shmerls” said the other day to me “they are training the house down”. Positive attitudes everywhere, ready for whatever comes. Got to love that.

While our junior football season has been given the green light for a 12 July start, the seniors were anxiously waiting the VAFA Board decision on Monday night regarding the senior season. There is no doubt the Conor McKenna issue impacted the VAFA decision making.

The VAFA board decided to postpone their decision regarding the season until a meeting to be held on or about 6 July.  The VAFA Board are awaiting further clarification from the AFL regarding “Return to Play” protocols and further guidance from the State Government about return to contact training and permissible competition dates.

The VAFA have tentatively scheduled a 25 July or 1 August starting date for the season subject to getting clarification from the AFL and the State Government. The season will likely be a 9 game season, with each club playing the opposition once, and then finals. It is highly unlikely that there will be any promotion/relegation -  the BFC supports this.

As a club, we are being very proactive having met with VAFA and written to them, expressing our 100% desire for a VAFA season to start in 2020.

OUR CLUB, OUR ATTITUDE

While we are rallying hard behind the scenes to get a positive result from the VAFA, the decision is not in our hands.

OUR CLUB, OUR PEOPLE must keep a positive attitude. OUR PLAYERS will keep on training, harder than ever, to be ready for whatever comes. That’s what leaders do.  That’s what positive people do. Of course we will remain diligent in following Return to Training protocols to ensure the health and safety of all. (sidenote: the senior men were super impressive last night on the track). OUR COACHES remain up and about, and will see this opportunity to find a further edge for our players and our club.  OUR SPONSORS are getting behind us and some have paid their sponsorship regardless of whether there is a season or not. Bruce Edmunds & Associates and the Beaumaris Community Bank are two such sponsors. I thank them sincerely as the BFC still has costs regardless of whether there is a season or not.

OUR COMMITTEES continue to focus on putting things in place for the season and to keep working on securing financial stability after what has been a tumultuous period at the BSC over the last three years. We remain committed, we remain upbeat.

THE BANKSIA RESERVE FACILITY – OUR CLUBROOMS

Many would be aware that as a result of Covid 19, the Banksia Reserve Facility (“BRF”)(or the BSC as it was known) was closed. The BSC was no longer viable and it is now in the process of being wound up.

What does this mean for the BFC?

In the short term (season 2020), the BFC have been granted a license/lease for the BRF for the 2020 football season but have not yet been given permission to open the facility. The Bayside Council have indicated that the BFC is likely to be given access from 13 July. The BFC has also applied (but not yet received) a temporary liquor license for 2020, but we remain hopeful of having it some time in July.

In terms of the longer term, the BFC, together with the Beaumaris Cricket Club (“BCC”), have been having ongoing discussions regarding submitting a detailed proposal for the Head Lease of the BRF. The Bayside Council has asked the BFC to submit this proposal in early July.  We will do that, not just for the benefit of the BFC which has called Banksia Reserve home for 50+ years, but for the benefit of our neighbour clubs and the community as a whole. You may have heard that the Beaumaris RSL had submitted a proposal for the head lease at BRF. This is true, but after the BRSL understood the BFC and BCC’s position and desire to have the Head Lease, have withdrawn their proposal. There is no doubt that the BRF must be operated by the clubs that have played sport there for so many years. The BFC and BCC appreciate the support of the BLTC and BRSL.

Undertaking the Head Lease of the BRF will require a lot of effort and commitment. We will need help from our members. I am delighted that many of our senior players, supporters and committee have already got their RSA’s and that they are willing to do voluntary shifts for the good of their club. That’s Shark Spirit. You’re either up for it or your not.

We are eagerly looking forward to our clubrooms and social rooms re opening. In the meantime, if you would like to help out with any of the operational committees, or as a volunteer, sponsor or donator, we’d love to hear from you.

It certainly is a changing time. There is a new norm. So stay positive, accept the new norm, accept the challenge of “being up for it”. Maintain social distancing, wash your hands, do anything you can that will help our players get back on the field and our members back to OUR CLUB.