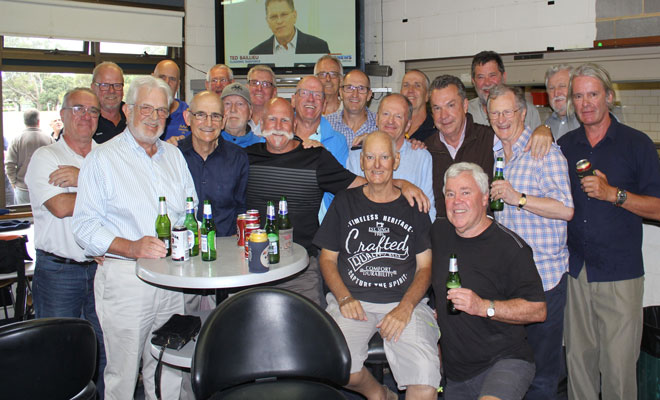 After a long battle with cancer, BFC Life Member Mick Wearne passed away on Saturday morning.

Our condolences and deepest sympathies go out to his wife Jenny, son Alex, daughter Dani and his extended family.

Mick’s CV with the Sharks commenced in 1970 when he played sixteen games with the U/17’s and then continued for another 154 games as a Senior player until 1982. He was also Assistant Coach to Damien McGrath as they took the U/14s to a finals berth in 1981 & then a Premiership in 1982. Mick was also on the Senior Committee in 1984.

Mick’s involvement with the Sharks spanned over 50 years. He was incredibly loyal and dedicated to the cause and during that time he developed many close friendships within the Sharks Family and the Beauy Community.

Mick his pictured here with his BFC mates from his playing and coaching days.

This year Mick's daughter Dani was due to play in the BFC Senior Womens team, only for the season to be cancelled. There's no doubt Mick would have been enormously proud to see his daughter in a Senior team wearing the Blue & Gold.

Mick, thank you for the memories.