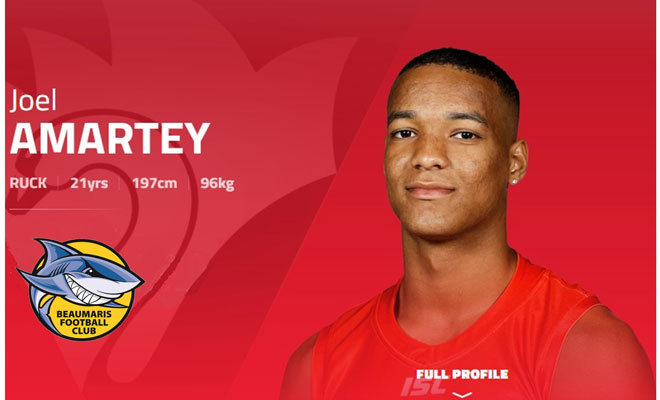 Congratulations to former BFC Junior Joel Amartey who made his AFL debut for the Sydney Swans last Sunday against the Brisbane Lions. Joel had a tremendous first game and certainly made a very good impression.

Joel was part of the premiership winning U17 Div 1 team for Beauy in 2016, a star studded team that were dominant in that season.

That year Joel came 4th in the SMJFL B&F.

Joel went on to play for the Sandy Dragons, eventually being drafted by Sydney joining other former Beauy players, Cal Sinclair, Oli Florent & Hayden McLean in the Swans squad.

The club would like to congratulate Joel on this tremendous achievement.