Max Heath Shapes Up for the Draft 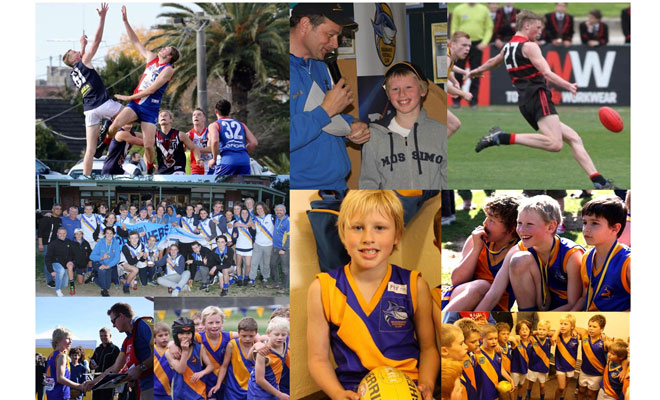 A recent article in the Bayside Leader gives insight into the ALF recruitment process and in particular the potential drafting of current BFC player Max Heath.

Max has played 112 games for the club, starting in the U9s and has played in 2 Junior premiership winning teams.

We thank Dragons coach Josh Bourke for assisting with the article.

We would also like to wish Max all the best.

NAB League
204cm Sandy Dragon Max Heath grows into AFL draft contention
Beaumaris product Max Heath has played only one game in the NAB League. But even without having a kicked a ball this year he’s had interviews with six AFL clubs. Here’s the story behind his rise.

It’s probably a stretch to say AFL recruiters are mad on Max Heath, but they’re certainly sizing him up.
At 204cm, there is a lot of him, and the scouts will get a better look at the Victorian component of the draft combine.
Without having kicked a ball in the NAB League this year, the Sandringham Dragon has come into contention for an AFL listing.
At the end of last season no one at the club could have seen it happening.
But ahead of this season they had seen Heath go from a laid-back lad to what coach Josh Bourke called an “almost intimidating’’ presence in the ruck.
Heath, from Beaumaris, played one NAB League match last year, against Gippsland Power, “and was reasonable’’, according to Bourke.
Big Max Heath at his family home this afternoon.
Bourke and region manager Mark Wheeler discussed getting “development games’’ into him for 2020. They had the idea of him returning to the club as a 19-year-old in 2021.
“But by halftime in our first intraclub this year we’re going, geez, big Max is going OK here,’’ Bourke recalled this week.
“By the next week in our next intraclub we’re sitting there saying, ‘Boys, we might have found our starting ruckman’. And a week later he played against Oakleigh in a practice match and Paul Corrigan (Vic Metro Under 18 coach) comes up and says, ‘I reckon we’ve found the Metro ruckman’.

“That’s not to say he would have been, because you never quite know how that stuff will end up, but his trajectory went from playing a couple of games in the development space to being talked about for Metro.’’
Bourke said Heath had been happy to “cruise’’ through training, but that changed. Teammates saw a “competitive beast’’ and he developed into “a bit of cult hero among the Dragons boys’’.
“They love big Maxie. When you’re 204cm you draw a crowd, and we have something at the Dragons called the ‘big boy club’. All the key position players go down to the goalsquare and they compete one-on-one and the winner stays on. And he went from being pushed around to becoming the unofficial king of the ‘big boy club’. It was a big effort.’’
Heath, 17, credits a pre-season meeting with Bourke for his turnaround.
He said a group of about 15 top-age players were called into a room before Christmas and told they needed to lift.
The Xavier College Year 11 student came away from the meeting understanding he needed to improve his training.

He did, doing extra weights and running, and his improved fitness brought him confidence that showed up in the intraclub matches.
“That meeting was a tipping point for me,’’ he said.
“We were basically told we were on the fringe, had to really get better to keep our spot. He said, ‘There are probably a few players in this room who will be cut’. So I knew I had to put my head down and work as hard as I could, have no regrets. There was a bit of motivation there to prove ‘Bourkey’ wrong.’’
He said he began to take his football “a lot more seriously’’.
“Last year was sort of just getting to know all the boys and get around them. This year was more focused on my footy and how I could improve,’’ he said.
Of course, COVID-19 defeated all attempts to start the season.
Heath was frustrated; he’d set himself to take on the best Under 18 ruckmen in the competition.

Still, AFL recruiters liked what they saw in the matches leading up to the season that never was. Heath has had zoom meetings with six clubs.
“They went pretty well, I reckon,’’ he said. “I gave my best answer to hopefully every question. Didn’t make a fool of myself!’’
He said it was exciting to “feel like my dream is coming closer … especially when from last year, I didn’t think I would have got to this point’’.

Football runs in his family. His father, Nick, was on Fitzroy’s books, was a century goalkicker for Uni Blacks in 1990 and played in premierships with Kyneton.
His brother Cal, 22, a ruckman, won the best and fairest last season at Beaumaris, where Max played his junior football, including in a premiership in 2016.
He never played for the South Metro representative teams but the Dragons always had him in their programs leading up to the Under 18 competition.
They’ve watched him grow to 204cm – and into an AFL draft candidate.