Will Armstrong Debuts in Seniors 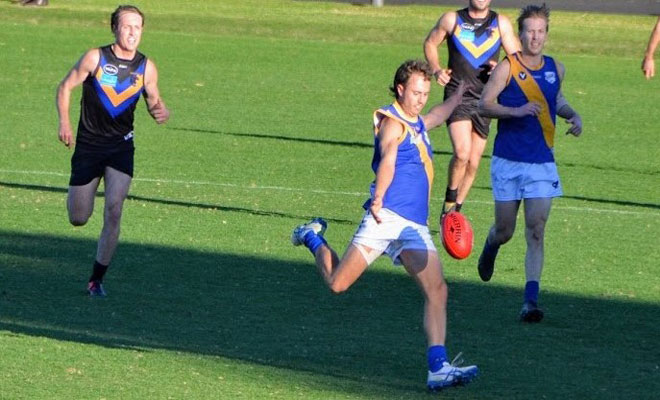 Prior to making his Seniors debut for the club on Saturday against Old Carey, Will Armstrong had amassed 139 games for the BFC, mainly through his time with the Beauy Juniors, starting in the Under 9s.

During those years he played in a star-studded team that, through either bad luck or otherwise, kept falling short of a prized premiership. That was until the U17s year when it all clicked and they (the Div 1 team) stormed to the premiership in a dominating season. In the pinnacle Junior year, it was the pinnacle result.

After a 2 year sabbatical, Will returned to the club this year to play with his great mates, in particular Lewis Diggins, Mitchell Scott, Max Rothberg and many others.

On Saturday Will played his first game for the BFC Seniors and there would be no one more prouder than his old Coaches and Team Managers and most importantly his proud parents Andi and Mark.

Mark, himself was a former Junior at the BFC and played in a premiership team coached by the legendary Tony Coote, father of Sean. We ARE the family club after all.

Anyway, congratulations to Will on a well deserved honour and as is often said, Once A Shark….Always a Shark.