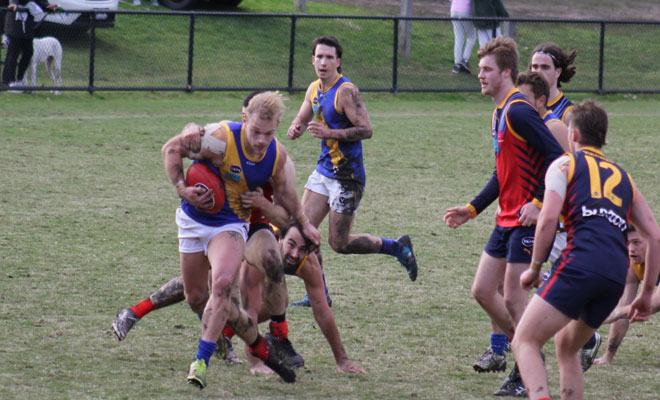 Round 12 kicks off tonight (Friday) with our Thirds up against Old Trinity at Oak St.

The game holds special significance because it marks the return to football by former cancer sufferer Lachie Francis (see story below).

The Seniors and Reserves will have crucial games against Old Carey on Saturday, also at home. The game will feature the debut of U19s player Mathew Scott who join his brother Mitchell in the defensive half. Mitchell made his Seniors debut last week.

The two Womens teams will have early starts at Como Park (Toorak) against Old Geelong, while the U19s both have away fixtures.  (Refer Fixture below)

Last weekend we had 6 victories from the 7 Senior Round 11 games, which was tremendous for the club. Click Here for all the pics.

Good luck to all teams this weekend.