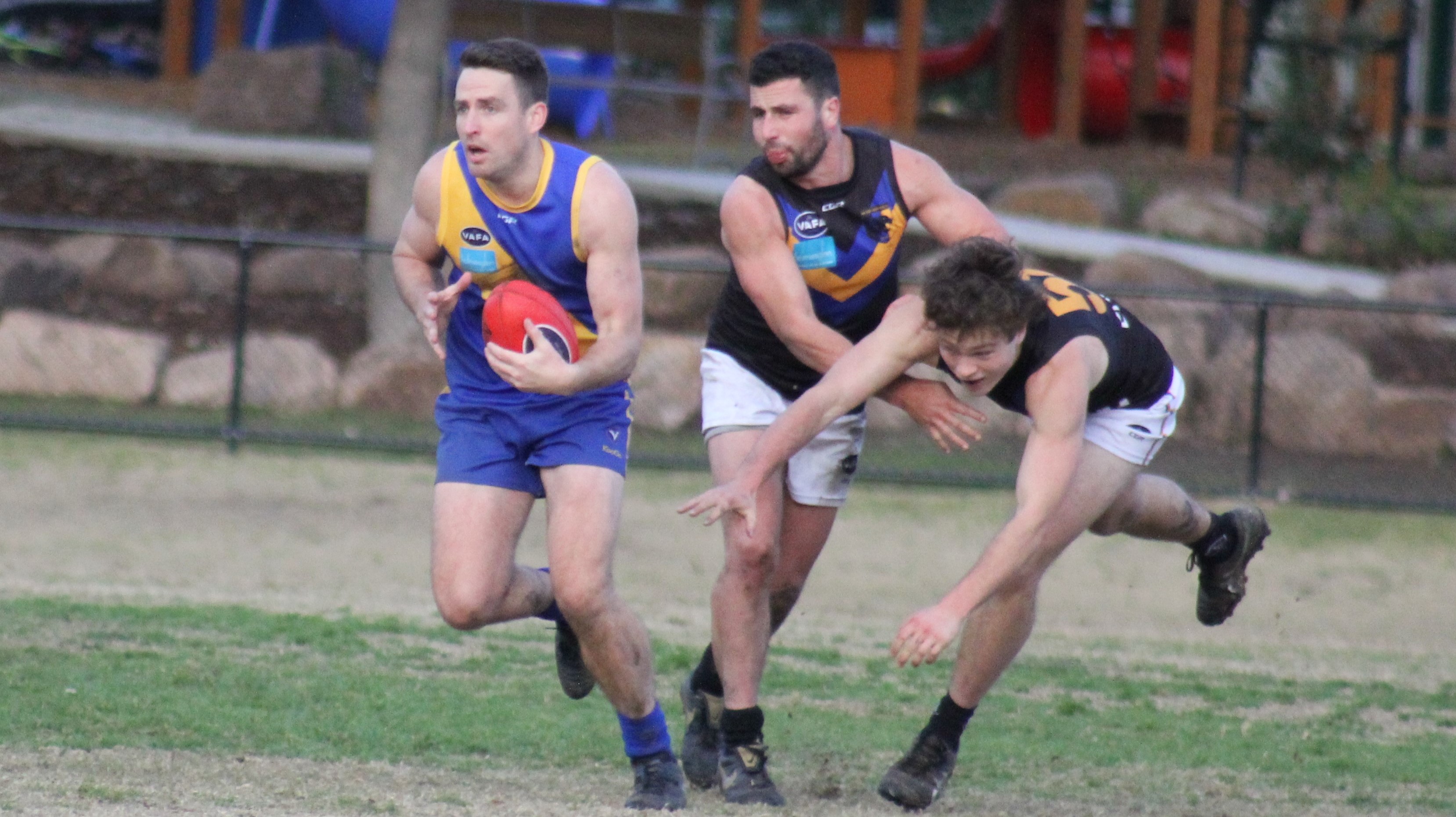 It was great round for our Senior Mens & Women and Reserves Mens & Women last Saturday, particularly in terms of ladder positions.

With finals approaching every win is vital for these 4 teams. The Senior Mens team is chasing a Top 2 spot and have vital matches coming up against Old Haileybury, Uni Blacks & De La. Last Saturday they had a good win against Old Carey despite a very messy 1st Qtr. Needless to say the coach wasn’t too pleased and his Qtr time address was somewhat colourful. After Qtr time a different team turned up and put on 11 goals in the next three quarters to run out 55 point winners. Our defence was strong again allowing only 3 goals for the game.

Lewis Diggins was outstanding in the midfield. He was ably supported by Ben Mathews, Cal Heath and Damien Johns. Back in the team was Tom Spencer up from the Under 19s and he was superb kicking 3 goals. Max Rothberg chimed in with 2 goals and was red hot after Qtr time. Will Skinner and Scott Gower also had outstanding games.

Matthew Scott was very courageous in his first game for the Seniors, joining his brother Mitchell across the backline. Great to see another set of brothers playing Senior footy together.