U10 Girls Show Good Signs for the Future 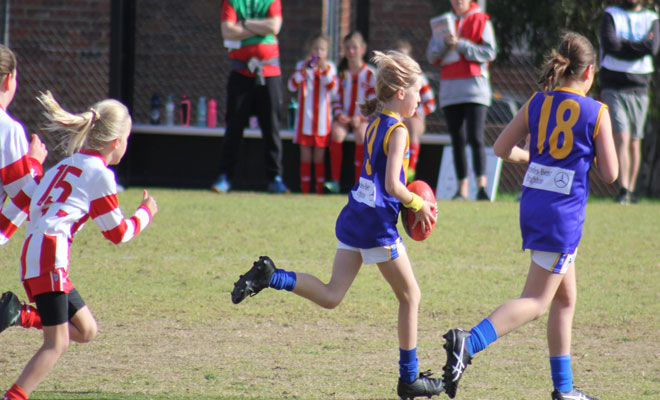 It’s a safe bet that if some of our current Under 10 Girls are still playing in 8 or so years, the likelihood of them playing in our Senior Womens team is almost certain.

On Sunday they were up against a very good Mordy Brae team and although no one’s keeping score, we reckon our girls went very well.

One girl, Elke Plevritis has already played 24 games for the club starting in the Mixed Under 8s in 2019.

Her brother Nick has chalked up 113 games for the club, including 2 games this season in the Under19s. Nick is a regular in the U17s Div 1 team.

Like most of the girls, Elke certainly doesn’t lack confidence with the ball in hand. In fact, there’s not many facets of the game that gets overlooked by these gritty young Sharks.

Great job girls, the future is in good hands.

Special mention also to Coach Gary Nichols and Team Manager Rachel Dolan who are doing a great job with these young players. Other than Georgia who is in this team, Rachel also has Josh in the U15 Div 1 team and Yvie who is playing in the Under 14 Girls. Busy household!