The BFC Show Support for Jackas 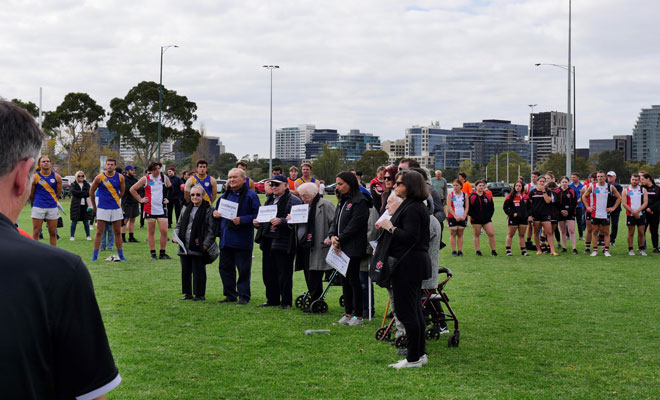 A few days ago the clubrooms of the Ajax Football Club were defaced with vile and insidious racial slogans.

It was an act of vandalism that was both reprehensible and distressing. We will not show you those images.

Earlier in the season our Seniors and Reserves Men’s teams joined the Ajax players and supporters in Yom Ha Shoah or the Holocaust Memorial Day commemoration prior to the Seniors game at Albert Park. It’s an important day on the Jewish calendar. For our players, it was a special moment.

Both clubs are tremendous competitors on the field, be it Seniors or Juniors, but off it there is a strong underlying respect.

This vile act has no place in the broader community let alone on the walls of a football club.

The Beaumaris Football Club fully support the Ajax Football Club in denouncing this act and will always promote the values of diversity and inclusion.