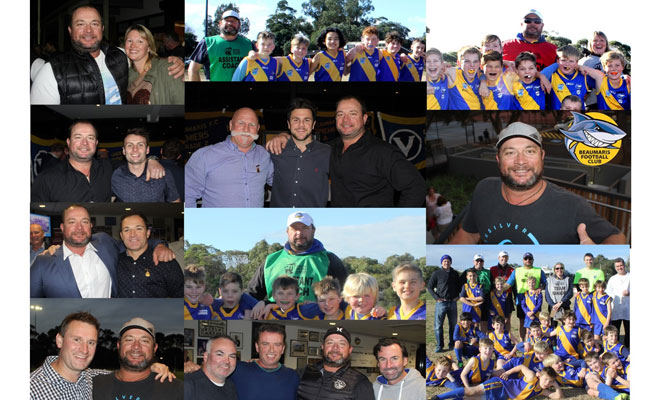 There is one person who is the embodiment of both at the BFC and who this week was awarded the SMJFL’s Storage King ‘Volunteer of the Year Award’ – Tim Holt.

This is a tremendous accolade for Tim and the club is enormously pleased that Tim’s hard work around the club has been recognised by one of the biggest Junior Leagues in the state, the SMJFL.

Tim, who is married to Carli, herself an amazing contributor to the club, has two boys playing in our Juniors, Liam and Jye. Tim is a former Junior and Senior premiership player and notably forged a great on field partnership with his brother Jono.

“Tim’s passion and commitment to the Beaumaris Football Club is second to none. He played over 100 games as a junior, was a premiership player with the Seniors and was also a Reserves ‘Best and Fairest’. He has participated actively within the Auskick program and has coached his sons at junior level, very rarely missing training or a game. In addition, he looks after the ground set up and pack up at Banksia Reserve every Sunday. Marking out the ground on a Friday and checking everything is packed away on a Sunday. He has offered his time and expertise to perform maintenance at the club, saving the club thousands of dollars. He is a very worthy award winner and a great bloke to have around your club. He embodies true community spirit. Well done Tim, we’re all very proud of you.”

Congratulations Tim on this fantastic achievement.