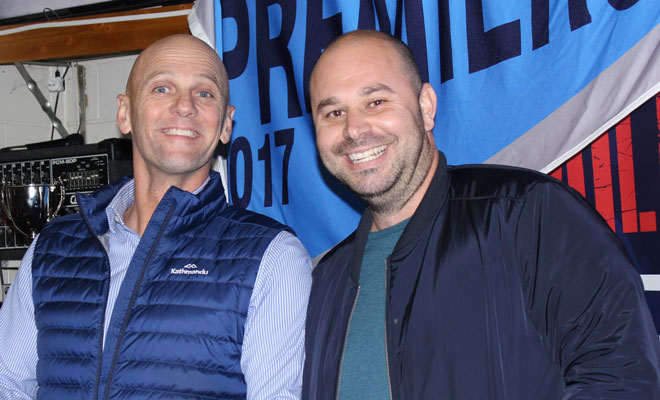 The Beaumaris Football Club is delighted to announce the appointment of Craig Phillips to the position of Under 19s Head Coach.

Craig has previously worked with the BFC as a very successful premiership winning junior coach.

As a junior coach Craig was respected and admired and was renowned for being an outstanding skills coach. The group he coached from U10s to U15s will be basically the same group he will inherit as U19s.

In accepting the role Craig said, “I want to give the boys every opportunity to develop as young men after two covid interrupted years, which has affected not just their footy, but life in general.” He said he “hoped football will give the boys a sense of purpose and community.”

Craig will be joined in U19s program by long time junior coach Justin Wilson who is highly respected by the boys having been the U17s Div 1 coach and Under 19 Assistant coach this year.

Club President Terry Lucas had this to say: “Firstly I’d like to take this opportunity to thank Michael Shmerling for his dedication to the role of Under 19s Head Coach for the last three seasons. Michael is a person of great integrity and character and he really loved working with our young men, teaching them about the game as well as taking an interest in their life outside football. We wish Shmerls all the very best as he pursues his goal of being a senior coach. He will always be a much loved Beaumaris person and we will always be happy seeing his smiling face come through the door. We look forwarded to farewelling him at the Best and Fairest function.”

On Craig Phillip’s appointment, Terry said “Craig is obviously a very passionate and experienced football man. But what strikes me as one of his greats strengths is his ability to mentor, motivate and relate to young men not only with footy, but with things outside of football. These lads have had a real tough two years so we want 2022 to be a great year for them. With Craig at the helm, and Justin Wilson at his side, the boys are in very good hands. I’m delighted that Justin has agreed to go around again as he is a very dedicated and personable character and highly respected at the club. We’ve also listened to our players - the VAFA have agreed to us playing in Division 1 next year. Fins Up, 2022 will be big”.

“Once a Shark…Always a Shark”

Craig (left) is pictured with his coaching partner Justin Wilson