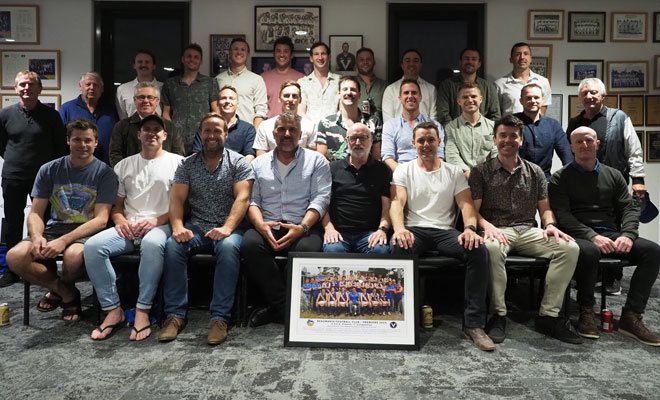 Back in 2010 the BFC won the VAFA Premier C Grand Final in a heart stopper against Caulfield Grammarians by 1 point.

Coached by Jason Mifsud and Captained by Brayden Haynes the team overcame a huge Qtr time deficit to take the lead in the final Qtr and hang on desperately for the win. The Fields couldn't believe they had lost.

It was a massive day for the club, and by making the GF, the club was promoted to Premier B for the following season.

Significantly, there are still a number of these guys playing regular Senior footy today, namely Michael De Fontenay, Nick Loucaides, Sean Coote and Matt Petering. We even saw Mark Ensor and Anthony Carroll have a run in the Reserves on Saturday.

Always great to recognise Club achievements and it was fantastic to see such a wonderful roll out of players, coaches and officials from 2010 for the event on Saturday night.

Once a Shark, Always a Shark.