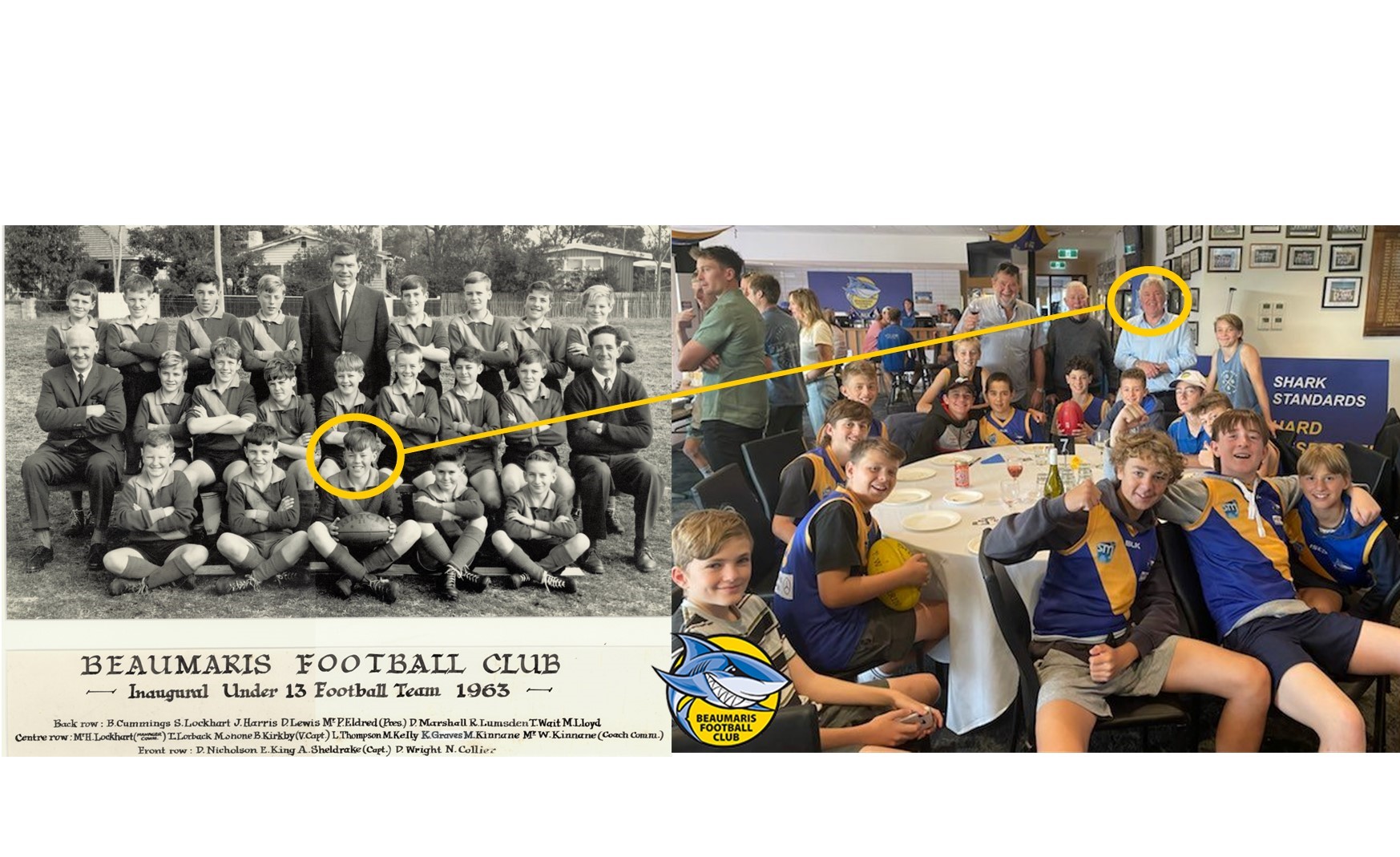 In 1963, when young Andy Sheldrake ran out onto the ground as captain of the BFC Under 13s, he was the first person to do so for the Beaumaris Football Club.

That moment elevated Andy to legendary status at the club.

On Saturday, 59 years later, Andy was a guest at the annual Anzac Round lunch.

So we grabbed a bunch of our current U13 boys to share the moment with Andy and other club stalwarts Alan Nash and John McNicholas. Andy was thrilled to be joined by some of the current U13s and shared a wonderful reflective conversation with the boys.

Also of note in this photo compile, the tall man in the 1963 photo is the late Peter Eldred, one of the founding fathers of the club and the grandfather of current Senior Women's player and former Club Champion Nadia Eldred.

In the current photo standing on the left with arms folded is Scott Gower, dual Club Champion and one of the finest players to ever wear the blue & gold.

We keep saying it, but it's so true...Once a Shark, Always a Shark.