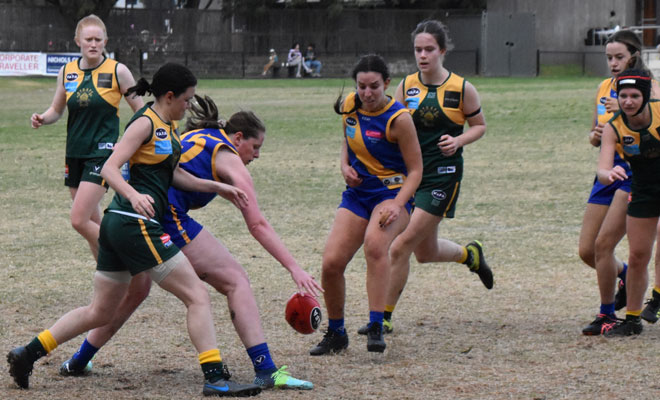 It was a day of differing fortunes on Saturday.

After the great win by our Thirds at home on Friday night, Oak St maintained the rage on Saturday with consecutive wins by our Womens and U19s teams.

Meanwhile at Melbourne Uni, the Seniors and Reserves suffered losses to premiership favourite Uni Blacks. Blacks have been a thorn in our side for several years and are extremely difficult to beat on their home deck.

The Senior side, however, was missing a number of key players through either injury or Covid, which impacted both teams, the Seniors & Reserves. The bye round for these two teams comes at an opportune time this coming weekend.

The Under 19s bounced back from their loss last week to overcome Old Trinity with a convincing 68 point win. The players were strong on the rebound capitalising on a dominant defensive performance by the back six lead by Co -Captain Jayden Rodwell. Attacking midfielder Matt Harms provided scoreboard impact with 3 important goals to compliment Nate Dear’s 4 goals from full forward. Other good players included Seb Zahra, Angus Newman and Marc Le Gear. Ruckman Jake Johnson was a handful for the opposition all day as was the versatile Angus Reark.

Coach Craig Phillips, although very happy with the result remained concerned about the goals to points ratio. He insisted that will be a focus of their training this week.

Prior to the 19s, the Women’s Division 1 team also defeated Old Trinity with a very impressive performance.

Leading the way was Full Forward Sam McLean with 5 goals. This is Sam’s first season at Senior level, coming from a mixed sports background, which has included Soccer, Volleyball and Basketball. To suggest that Sam is a talented sports woman is an understatement. She has steadily made progress and has impressed Coach Behrendorff at every turn. Sam comes from a highly talented sporting pedigree and is the sister of Hayden McLean, the Sydney Swans forward.

Really starting to play well out of midfield is Holly Tysoe, younger sister of the highly regarded Taylah. Holly is a former Dragons player and St Bedes junior and is a naturally gifted player. Ay only 19, Holly has speed to burn and like her sister is fearless in the contest.

On Friday night the Thirds made it back to back wins with a very good win in the wet against St Bernards. Captain Zac Baruhas was again outstanding as was Max Adams and Phil Valoppi. Matt Dickinson kicked 4 and Nick Oxley kicked 3 goals to round our a very good kicking performance in the wet.

The action this coming weekend kicks off on Friday night with the Thirds up against Marcellin. The U19s & Womens are at home on Saturday, while the Seniors and Reserves have byes.

Photos are from the Womens games.

Fins Up and Go Sharks