U19s Move to 2nd on the ladder 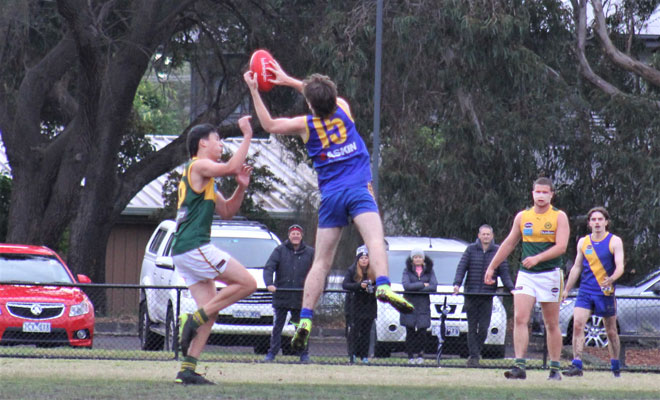 It was 2nd versus 3rd on the ladder last Saturday for our Under19s up against Hampton Rovers.

It was a tough, good old fashioned 'derby' clash, with no beg pardons.

Nic Plevritis and Tom Spencer both kicked two goals, although the team was wasteful at times in front of goal. Credit to Hampton's defence who applied constant pressure to our forwards. In fact both defences were outstanding.

The team now sits 2nd on the ladder behind St Bedes.