U16 Div 1 Boys Make a statement 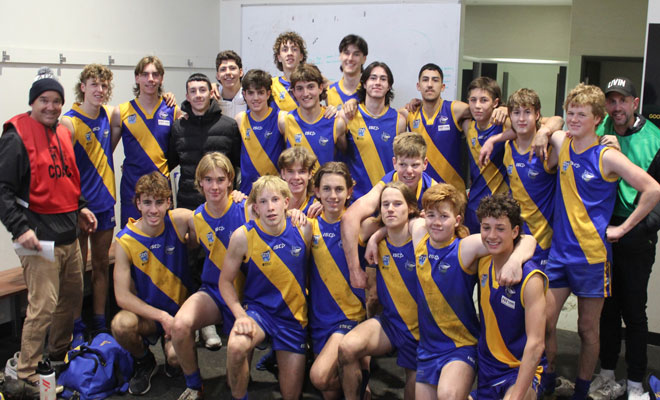 These guys are really starting to put it all together.

The U16 Div 1 Boys put a stake in the ground on Sunday against Ormond to confirm their position on top of the ladder.

It was a gutzy win in windy conditions at Jack Barker Oval, the boys setting up the win with a dominant 5 goal 2nd Qtr.

Oliver Green was outstanding, showing maturity, skill and composure out of the middle to be our best player.

Sam Meredith kicked 4 goals to bring his tally for the season to 28.

But, a good all round team performance.

It's all in front of these guys, individually and collectively....it could also include a Div 1 premiership. That would be something to saviour.