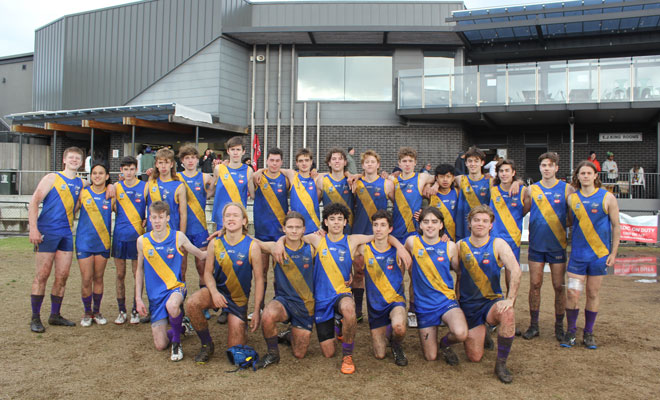 It may well be the toughest win we've seen by any BFC team this year.

At 3/4 Qtr time our U17 Div 3 boys were locked in a massive battle with St Peters at Oak St. Scores were tied at 25 a piece.

To add to the drama, the ground was flooded from a massive down pour and the wind made the air temperature feel icy. It was freezing.

The last Qtr was something to behold, by both teams. The last ten minutes were hectic as we held onto a 1 point lead.

Our boys threw themselves courageously at the ball as St Peters peppered our goals relentlessly, but somehow we managed to preserve the one point lead.

It was compelling footy at its best! The crowd was yelling for both teams.

Credit to the the SMJFL umpires who did a tremendous job in the conditions and let the game flow.

When the final siren blew both teams were exhausted, muddied and wet. The game of footy was the real winner.

Well done to both teams on a great game of football.