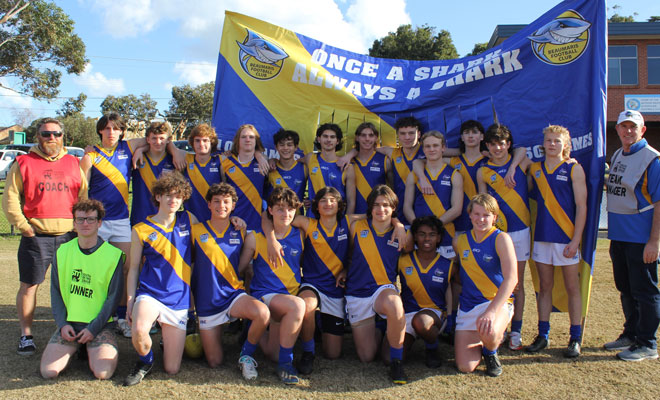 The Under 16 Div 3 Boys played some top footy on Sunday to defeat the top of the ladder Highett team to enable them to switch positions on the table.

The match itself was played on two grounds due to an unfortunate injury to one of the Highett boys. Because the injured boy could not be moved while waiting for an ambulance, the officials and the SMJFL agreed to switch the game to the vacant 2nd oval. The game continued at the time it was stopped. Smart thinking by the Highett officials, the umpires and the SMJFL. The advantage of having multiple grounds.

Anyway, the game itself was high calibre and the challenge for our blokes wasn’t only the win and the ladder position, there were two boys playing milestone games, Brandon Whyte playing his 100th game and Joe Shaw playing his 50th game.

The game was highlighted by some great marks and goals.

It was also tremendous to see a number of the Div 1 boys, who had played earlier in the day, come down to support their mates. Great stuff.

Good win guys, although a bigger fish lies ahead.